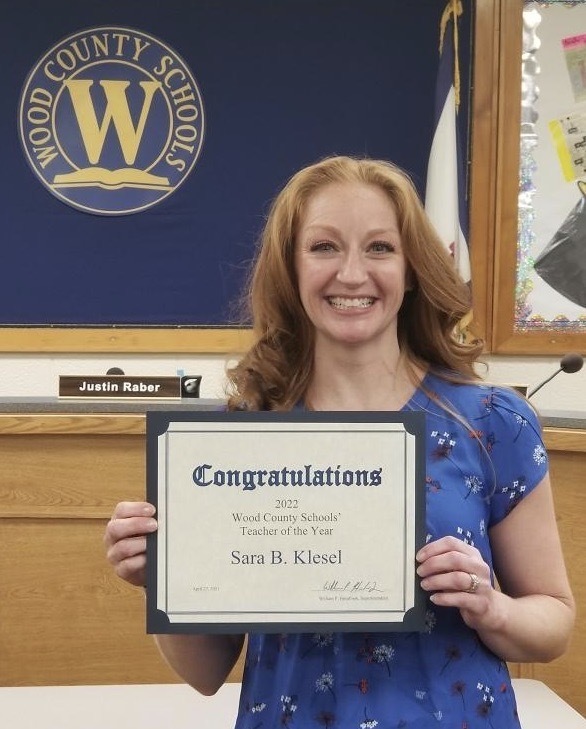 PARKERSBURG - Wood County Schools is proud to announce Sara Klesel as the 2022 Teacher of the Year.

The announcement was made during Tuesday’s Wood County Board of Education meeting.

Klesel is a mathematics teacher at Parkersburg South High School. She has 15 years of teaching experience, 10 of which are in her current position. She has a Bachelor’s of Science in mathematics and a Master’s degree in teaching, both from Marshall University.

Wood County Schools received more than 300 online nominations over a two-week period. The nominations were narrowed down to 157 qualifying candidates, many of whom were nominated multiple times. Those candidates were offered the opportunity to submit information to be considered for interviews.

Sixty-two Wood County Schools educators were reviewed by a committee of educators, community members and former Teachers of the Year.

The six were interviewed by the committee Monday evening and each finalist was presented with a certificate recognizing their achievements.

As the Wood County Schools 2022 Teacher of the year, Klesel will have the opportunity to compete with teachers from around the state for West Virginia Teacher of the Year.