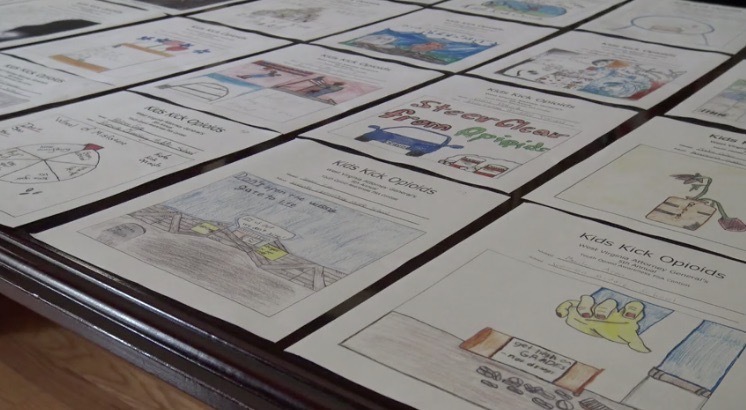 Among the winners announced is Adelaide Vann of Jackson Middle School.

“Drug abuse needlessly claims too many lives, and our hope is the entries from these artistic students will bring greater awareness and change,” Attorney General Morrisey said. “These entries reveal not only the immense creativity and talent of our students — in some instances, their designs also show the heartbreaking situations that some students experience at home.”

Judges recognized winning entries from 67 students overall. Those designs will be displayed in the State Capitol in the fall.

Kids Kick Opioids represents one of many initiatives through which the Attorney General has sought to combat West Virginia’s drug overdose death rate, including a lawsuit against the U.S. Drug Enforcement Administration that achieved sweeping reforms to the nation’s drug quota system.

The West Virginia Board of Pharmacy, West Virginia Association of School Nurses and the Capitol Police assisted the Attorney General in judging the public service announcement contest.