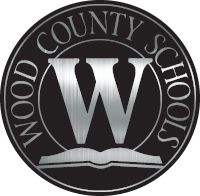 PARKERSBURG - Wood County Schools and its summer programs will be open and operating as normal Friday, June 18.

Following the votes in Washington D.C. making Juneteenth (June 19) a federal holiday, West Virginia Gov. Jim Justice on Thursday signed a proclamation designating it as a state holiday as well. He also announced state agencies will be closed Friday, June 18.

Juneteenth, also known as Emancipation Day, celebrates the official recognition of the  end of slavery in the United States. The Herbert Henderson Office of Minority Affairs in Charleston will hold a virtual Juneteenth celebration on Saturday, June 19. The event will stream live on the HHOMA Facebook page at 5 p.m. Saturday and video of the event will later air on West Virginia Public Broadcasting.

Wood County Schools would like to thank federal and state officials for recognizing and celebrating such an important and historic moment. Wood County Schools believes all children have the ability and the right to learn and grow and to have a bright future. Our dedicated employees work every day to make sure all of our students are loved and given the best possible opportunities.